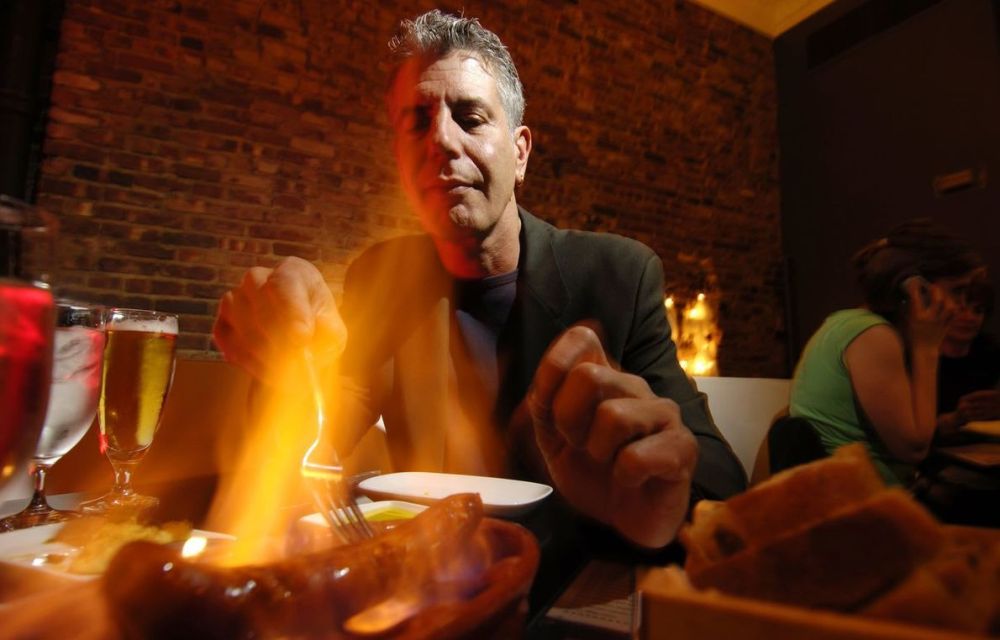 Anthony Bourdain Has Passed Away

I read Anthony Bourdain’s book, Kitchen Confidential when I was studying to be a chef at the CIA.  It was a refreshing escape from the boring “Food Network” chefs that were becoming more and more popular.  Airing out the restaurant industries dirty laundry was one of Bourdain’s best insights for me at the time.  That also made “No Reservations” that much sweeter when watching because you could feel his passion for food and cultures around the globe.

Now the sad news.  Anthony Bourdain committed suicide the other day.  I wish that weren’t true, but it is.  Selfishly, I am mad that he is gone.  I am not sad, because I didn’t know him personally, but I am disappointed he took his life for several reasons.

First, he leaves behind a young daughter.  I had a cousin growing up who’s dad killed himself.  I could see how it affected him and it was not pretty.  It was sad and disturbing all at once.  My cousin’s behavior and happiness disappeared for a long, long time.  Some stories are too long to tell but this post it is not about him.  Getting back to Bourdain’s daughter.  She will now be left without a father for the rest of her life.  The trials and tribulations that she will now go through are going to be a challenge without her father.  Even though she only saw him 5 days a month, there will be the subconscious part of her loss that will carry on forever.  God Bless young one.

Secondly, I am mad at Bourdain because he was a public figure.  He talked a good game on TV, books, interviews, and experiences.  His books, shows, and interviews transported me and others to parts of the world we may never have the chance to experience.  People need an escape in life, and he was one of those on television with substance.  In this era of digital madness, he was a breath of fresh air that could paint a picture of life outside our comfort zone.  Too many people are looking inward these days.  Anthony Bourdain was always looking out.  I can’t imagine what was going on inside.

Regardless of his personal demons, Anthon Bourdain was an extremely fascinating storyteller who seemed to enjoy his travels to the fullest.  In the end, all of his talk of enlightenment and curiosity, he must have wanted to get off the ride. What a shame for the culinary world.

This site uses Akismet to reduce spam. Learn how your comment data is processed.

View all posts by Stromboli